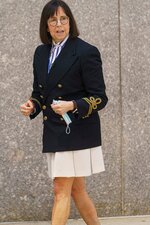 The Circus: Inside the Craziest Political Campaign on Earth

A look at the Democratic Party's efforts to hold an unconventional convention, as well as the Trump campaign's attempts at counterprogramming; former Secretary of State Hillary Clinton discusses Joe Biden's long road ahead as the party's nominee.