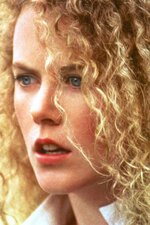 Joseph (Tom Cruise) and his landlord's daughter, Shannon (Nicole Kidman), travel from Ireland to America in hopes of claiming free land in Oklahoma. The pair get sidetracked in Boston, where Joseph takes up boxing to support himself. When he loses a pivotal fight, the two are left penniless. Now faced with poverty, the two must find new ways to scrape by. As their affection for each other grows, Joseph questions whether he is truly what Shannon needs in her life.