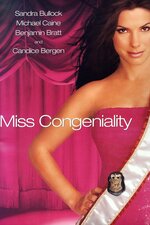 When a terrorist threatens to bomb the Miss United States pageant, the FBI rushes to find a female agent to go under cover as a contestant. Unfortunately, Gracie is the only female FBI agent who can "look the part" despite her complete lack of refinement and femininity. She prides herself in being "just one of the boys" and is horrified at the idea of becoming a girly girl.