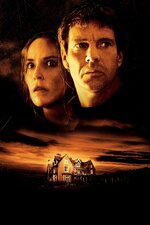 When filmmaker Cooper Tilson (Dennis Quaid) and his wife, Leah (Sharon Stone), tire of life in New York City, they buy a decrepit house in rural Cold Creek, N.Y., and move their family up there. However, soon the former owner, a menacing local named Dale Massie (Stephen Dorff), arrives. When Dale, who has just been released from prison, asks to be hired to help repair the house, the Tilsons agree. But soon Cooper starts believing that Dale may be even more dangerous than he seems.