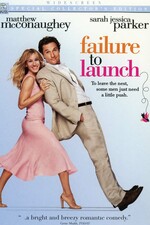 A young man (Matthew McConaughey) continues to live at the home of parents who, in desperation to push him out of the nest once and for all, hatch a plan. They hire a beautiful woman (Sarah Jessica Parker) to entice him to assume the mantle of responsibility and get his own place.