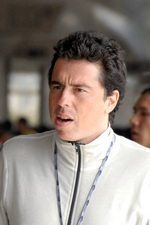 Anvil! The Story of Anvil

Add to my Watchlist
Find out where to watch Anvil! The Story of Anvil tonight at the American Streaming Guide

Canadian heavy-metal band Anvil delivered a highly influential 1982 album that would inspire the likes of Anthrax and Metallica, and then dropped off the map to begin what would become decades of toiling in obscurity. Director and former roadie Sacha Gervasi follows guitarist Steve "Lips" Kudlow and drummer Robb Reiner as they stumble through a harrowing European tour and reflect on failure, friendship, resilience and the will to follow even the most impossible of dreams.