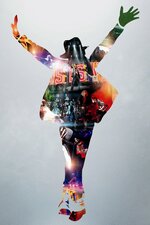 Michael Jackson's This Is It

Prior to his untimely death, Jackson was in the midst of preparing for a series of sold-out concerts that were scheduled to take place in London during the summer of 2009. Behind-the-scenes footage, filmed between March and June of 2009, captures the pop superstar in intimate detail as he developed and rehearsed for the "This Is It" tour.