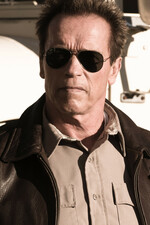 The Last Stand is now available to stream and watch online:

Once a narcotics officer in the LAPD, Ray Owens (Arnold Schwarzenegger) has settled into a peaceful life as sheriff of Sommerton Junction, a quiet border town. But that peace is shattered when Gabriel Cortez, a vicious crime lord, escapes from FBI custody and speeds toward Ray's town with a band of mercenaries. Federal agents prepare to capture Cortez, and Ray is at first reluctant to get involved -- but he soon finds he must rally his team and take matters into his own hands.