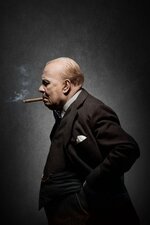 The fate of Western Europe hangs on Winston Churchill in the early days of World War II. The newly appointed British prime minister must decide whether to negotiate with Hitler or fight on against incredible odds. During the next four weeks in 1940, Churchill cements his legacy as his courageous decisions and leadership help change the course of world history.