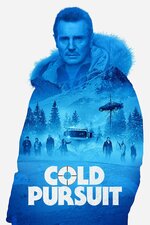 Where can I watch Cold Pursuit online?

Locally, you can stream and watch Cold Pursuit online on MAX GO. Vudu. Please note, MAX GO Vudu is a Subscription Rent streaming service and you may need to register or provide your existing MAX GO Vudu login to watch.

Nels Coxman's quiet life as a snowplow driver comes crashing down when his beloved son dies under mysterious circumstances. His search for the truth soon becomes a quest for revenge against a psychotic drug lord named Viking and his sleazy henchmen. Transformed from upstanding citizen to coldblooded vigilante, Coxman unwittingly sets off a chain of events that includes a kidnapping, a series of deadly misunderstandings and a turf war between Viking and a rival boss.