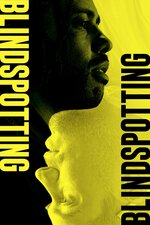 Collin must make it through his final three days of probation for a chance at a new beginning in his Oakland, Calif., neighborhood. His bond with his volatile best friend soon gets tested when Collin sees a police officer shoot a suspect in the back during a chase through the streets. Things soon come to a head when the buddies attend a party at the upscale home of a young and wealthy tech entrepreneur.