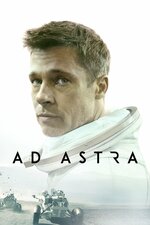 Where can I watch Ad Astra online?

Locally, you can stream and watch Ad Astra online on MAX GO. Vudu. Please note, MAX GO Vudu is a Subscription Rent streaming service and you may need to register or provide your existing MAX GO Vudu login to watch.

Thirty years ago, Clifford McBride led a voyage into deep space, but the ship and crew were never heard from again. Now his son -- a fearless astronaut -- must embark on a daring mission to Neptune to uncover the truth about his missing father and a mysterious power surge that threatens the stability of the universe.