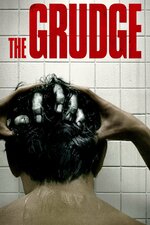 A detective investigates a murder scene that has a connection to a case that her new partner handled in the past. The killings occurred in a haunted house that passes on a ghostly curse to those who dare enter it. Soon, the curse spreads to a terminally ill woman and her husband, and another unsuspecting couple who were in the wrong place at the wrong time.