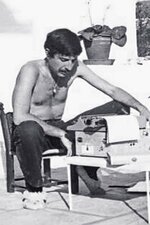 Find out where to watch Marianne & Leonard: Words of Love tonight at the American Streaming Guide

A story of enduring love between Leonard Cohen and his Norwegian muse, Marianne Ihlen. Filmmaker Nick Broomfield chronicles their relationship, from the early days in Greece to how their love evolved when Leonard became a successful musician.