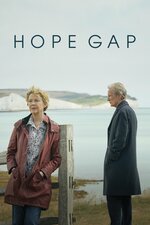 Grace lives an idyllic life in a British seaside town, but her world soon comes crashing down when her husband of 29 years tells her he's leaving her for another woman. Through stages of shock, disbelief and anger -- and with support from her son -- Grace ultimately regains her footing while learning it's never too late to be happy.