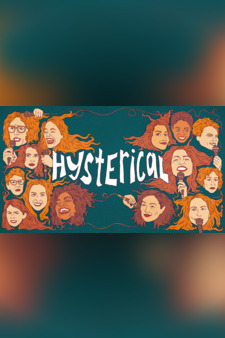 Where can I watch Hysterical online?

Locally, you can stream and watch Hysterical online on Disney Plus. Please note, Disney Plus is a Subscription streaming service and you may need to register or provide your existing Disney Plus login to watch.

Stand-up comedy had always been a male domain. Only a tiny handful of women have broken out of the brutal world of comedy clubs to become household names. After decades of fighting for a place in the spotlight, things have finally shifted. The feature documentary, “Hysterical,” journeys backstage and on the road with veteran comedians, rising stars and novices to discover how an intrepid group of boundary-breaking females are changing the game and exploring what it takes to become the voices of their generation and their gender. “Hysterical” takes an intimate look behind the velvet curtains and beer-soaked clubs of the comedy scene into the lives of the women shattering comedy’s glass ceiling with raucous laughter and perfectly timed punch lines in a post-#MeToo era.