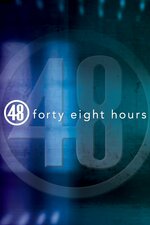 Where can I watch 48 Hours online?

Locally, you can stream and watch 48 Hours online on Please note, is a streaming service and you may need to register or provide your existing login to watch.

This newsmagazine investigates intriguing crime and justice cases that touch on all aspects of the human experience. Over its long run, the show has helped exonerate wrongly convicted people, driven the reopening -- and resolution -- of cold cases, and changed numerous lives. CBS News correspondents offer an in-depth look into each story, with the emphasis on solving the mystery at its heart. The program and its team have earned critical acclaim, including multiple Emmy, Peabody and Edward R. Murrow Awards.