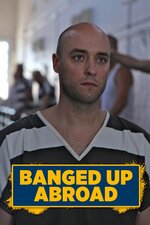 Dream adventures turn into hellish nightmares for the travelers featured in this series, which recounts through firsthand interviews and re-enactments terror-filled experiences of being arrested in a foreign country, usually for drug smuggling, and how they coped with the resulting lengthy prison terms. Viewers also hear from people directly involved with the arrests, whether it's the undercover agents gathering the evidence against the suspects, or the people making the drug dealing offers.