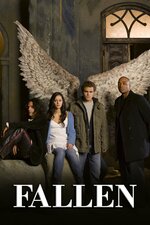 And you thought your teen years were tough? Try telling that to Aaron Corbett, a laid-back teenager who makes a startling discovery on his 18th birthday: He's actually a Nephilim, part angel, part human. It's not a great position to be in, as Aaron discovers when he begins to make his transformation, because his angelic and human natures sometimes war with each other, and, in fact, most don't survive the transformation to maturity. To make matters worse, Aaron also is the quarry of a sinister sect of angels called The Powers, who are determined to stamp out every living Nephilim. It's a good thing his teacher and guide, Camael, is around to offer support and guidance.