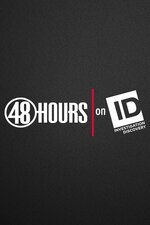 "48 Hours" began as a documentary in 1986 and became a regular series two years later. It was built around a team of correspondents covering one subject for 48 consecutive hours. Over time it evolved into the premiere broadcast for law, crime and justice stores -- its journalists, for example, have been credited with uncovering new information that has led to high-profile cases being overturned and wrongfully convicted people released from prison. The large library of episodes are revisited in "48 Hours on ID," focusing on investigations that explore themes of jealousy, murder and deceit.