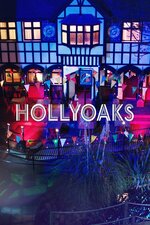 A soap opera targeted toward the younger set, `Hollyoaks' focuses on a group of students at a local college and their families, all of whom live in or around the nearby borough of Hollyoaks in Chester. The award-winning programme tackles such issues as rape, murder, substance abuse, psychological well being, and infidelity.