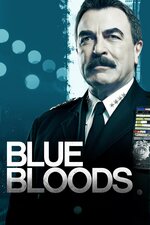 Tom Selleck stars as Frank Reagan, the New York Police Commissioner, and patriarch of the Reagan clan, a multigenerational family of cops. Frank's oldest son is Danny, a seasoned detective and Iraqi War veteran who occasionally uses dubious tactics to solve cases. Daughter Erin, the lone female, is an assistant district attorney. Fresh out of Harvard Law, Jamie is the youngest member and "golden boy" of the family. Jamie gave up a lucrative future in law to continue the family's tradition in police work, and is asked to participate in a secretive investigation that even his father does not know about.