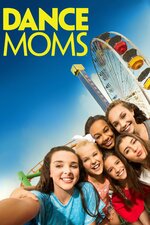 Abby Lee Miller runs the Abby Lee Dance Company in Pittsburgh, which she started when she was 14. Miller is a notoriously demanding and passionate instructor. But she has competition in the area of being demanding -- from her students' mothers, as featured in this docuseries. The series highlights the highs and lows of the competitive dance season as the dancers pursue the ultimate National Dance title. Miller instructs her students while dealing with the over-the-top mothers who go to great lengths to help their children's dreams (or are they the mothers' dreams?) come true. The show captures the dynamic interplay between parent, teacher and student as Miller tries to bring out the best in her students.