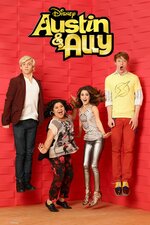 "Austin & Ally" follows the exploits of the title characters, polar opposites who combine their talents to try to create a musical tour de force. Austin is an extroverted musician and singer. Ally is a brilliant, but shy, songwriter. Austin and Ally's best friends are Trish and Dez, respectively. Without Ally's knowledge, Austin and Dez "borrow" one of her songs, make a music video out of it and post it on the Internet. The music video catapults Austin into an overnight sensation. But when Trish tries to convince Ally to let people know she wrote the song, Austin pleads with her to write him another song that he can turn into a hit. And that begins their musical collaboration as they try to profit from Austin's newfound fame.