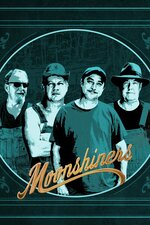 Moonshiners have been around in the U.S. since the Whiskey Rebellion of the 1790s. Surprisingly, there are still a number of Americans who make moonshine -- an illegally produced distilled beverage -- mainly in the Appalachian region of the country. This docuseries tells the stories of people who brew their shine, often under the cloak of darkness in woods near their homes, and the authorities who try to keep them honest. The show allows viewers to witness practices rarely seen on television, including firing up the still for the first time -- a moonshiner's rite of passage. The show also introducers viewers to moonshining legends such as Marvin "Popcorn" Sutton.