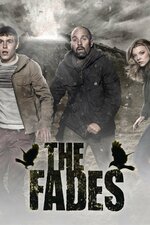 The Fades is now available to stream and watch online:

Watch episodes of The Fades online:

Paul is a geeky teenager who pretty much keeps to himself and, except to his best friend, Mac, only talks when he needs to. He has never tried to fit in because he knows that he is different -- he has visions of a terrifying apocalypse and can see the spirits of dead people, called Fades, and he becomes embroiled in a battle between the living and the dead. When one Fade crosses over into the "real" world, he goes on a rampage, killing humans and causing damage to the world around them. Paul and his companions, including Mac and Paul's twin sister Anna, must find a way to stop the rest of the Fades from destroying the world.