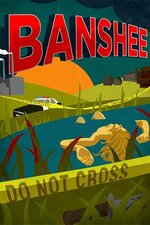 Where can I watch Banshee online?

Locally, you can stream and watch Banshee online on HBO Go. Please note, HBO Go is a Subscription streaming service and you may need to register or provide your existing HBO Go login to watch.

A recently paroled master thief assumes the identity of Sheriff Lucas Hood in Banshee, Pa., where his former lover and partner in crime relocated years ago and reinvented herself as Carrie Hopewell, the wife of the town's prosecutor. As Lucas attempts to reunite with Carrie and keep his past a secret, he resumes his life of crime, even as he's hunted by the shadowy gangsters he betrayed years earlier, including a mob boss who seeks revenge against Lucas and Carrie for the jewel heist that landed Lucas in prison.