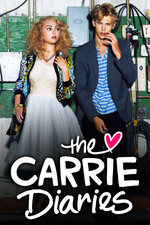 It's 1984 and a pre-Manolos-and-Mr.-Big Carrie Bradshaw ("Sex and the City") is just a Connecticut teenager with a rebellious kid sister and a harried father, struggling to deal with her mother's death. Languishing in suburban life, Carrie jumps at an opportunity to intern at a Manhattan law firm, where the glamour and the grit of the big city make her feel alive. When Carrie meets Larissa, a style editor at Interview magazine who introduces her to a world of nightclubs and interesting people, she feels inspired and realizes there is no going back; she was meant for New York.