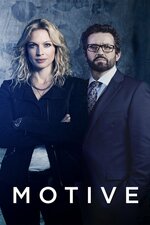 This unconventional crime drama poses the question of "whydunit" rather than "whodunit." Each episode begins by revealing not only the victim but the killer as well. A team of investigators, led by homicide detective Angie Flynn, tries to piece together the clues. Viewers navigate a complicated maze of clues themselves as they get a glimpse of the killer before and after the crime is committed. Angie and her team set out to uncover the motive by discovering the killer's connection to the victim and the evidence needed to solve the crime.