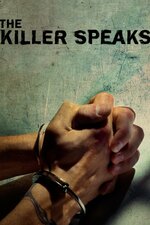 The Killer Speaks is now available to stream and watch online:

From the creators of A&E's "The First 48" comes this docu-reality series that presents the rarely heard perspective of a murder -- from the killer. Questioners ask what really happened during the crime? What drove the perpetrator to kill? Only two people truly know -- the killer and the victim -- and the victim cannot talk. In each episode, a cold-blooded killer lets viewers enter their dark world, and in chilling detail they reveal what they did, how they did it, and why. The story is also told through interviews with investigators, the family of the victim, and others intimately involved in the case, as well as through news and police footage and reconstructions.