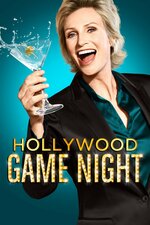 Each week two people leave their ordinary lives behind as they and a group of popular celebrities gather together to play a series of outrageous and hilarious party games that include quizzes featuring celebrity and popular culture. The civilians compete with each other, but each person has a team of celebrities for assistance, vying for the opportunity to take home a $25,000 cash prize. Adding to the party atmosphere is the host -- award-winning actress, comic and singer Jane Lynch -- and an energetic house band.