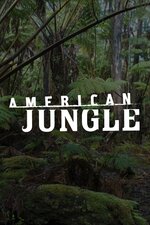 American Jungle is now available to stream and watch online:

It's a jungle out there -- literally -- for the clans featured in this Hawaii-based docuseries. The 50th state features thousands of acres of untamed jungle that are home to wild beasts and men who live off the land in the same way that their ancestors did. The groups live on hunting trails that have been claimed and fought over through generations, and when the dry season comes, they must do whatever it takes to protect their turf from wild boar, goats and small game that roam the island searching for water. "American Jungle" features six such clans as well as a pair of outsiders without a family history on the Big Island. But not all of the clans are at battle with just wild animals. Some don't like the idea of people "owning" the trails, so they hunt all the trails, believing that the trails belong to everyone.