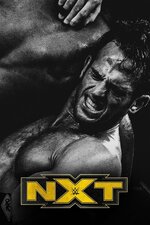 The next generation ("NXT") of WWE stars are groomed in a program that originated as a hybrid live event/reality show featuring popular WWE superstars mentoring rookies before it transitioned into a more traditional professional wrestling program. NXT serves as a training ground for the wrestlers to get used to competing in front of the television cameras before eventually making the leap to WWE. Some NXT alumni who have become WWE superstars include Alexa Bliss, Becky Lynch, Rusev, Seth Rollins and Roman Reigns.