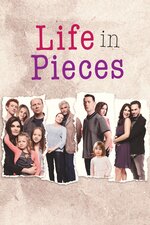 Accomplished actors Dianne Wiest and James Brolin star as the heads of a large, happy family, in which each member is approaching different milestones. Their eldest daughter, Heather (Betsy Brandt) and her husband consider having another child as they get closer to an empty nest; middle child Matt (Thomas Sadoski) thinks he has found true love; and the youngest of the three siblings, Greg (Colin Hanks) is overwhelmed after having his first child with his wife. Various perspectives are employed as each family member's story unfolds.