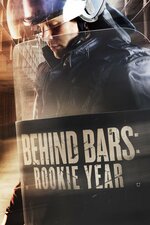 Find out where to watch Behind Bars: Rookie Year tonight at the American Streaming Guide

Behind Bars: Rookie Year is now available to stream and watch online:

Corrections departments have one of the highest dropout rates in the country, with nearly half of all rookies leaving the job before their one-year anniversary. The long hours, close proximity to unpredictable criminals, mind games and constant threat of bodily harm make it an intensely stressful career. A&E's docuseries "Behind Bars: Rookie Year" delves into the world of greenhorn corrections officers by following recruits who are in training or are working at the Penitentiary of New Mexico. The training tests recruits' fortitude and gives them tools to survive a dangerous working environment -- roughly 75 percent of the penitentiary's inmates are incarcerated for violent crimes. But nothing can prepare rookies for the unexpected, and the physical and emotional demands of corrections work often prove too much for some.