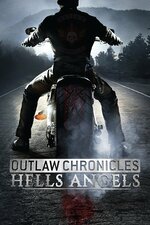 Find out where to watch Outlaw Chronicles: Hells Angels tonight at the American Streaming Guide

When you think of motorcycle clubs, the first name you think of is probably Hells Angels, one of the most notorious and secretive organizations in America. In this series, George Christie Jr. -- the founder and former president of the Ventura, Calif., chapter of the organization -- is revealing its secrets for the first time. Christie discloses information about many of the Hells Angels activities, including initiation rites and murder-for-hire plots. Discussing the Hells Angels could be a dangerous venture for Christie because members of the group have been known to seek revenge on one another for talking.