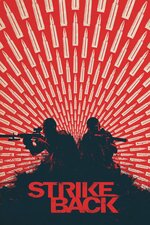 Where can I watch Strike Back online?

Locally, you can stream and watch Strike Back online on Vudu. Please note, Vudu is a Buy streaming service and you may need to register or provide your existing Vudu login to watch.

Watch episodes of Strike Back online:

The fourth series of "Strike Back" continues with the adventures of Sgt. Michael Stonebridge and former U.S. Delta Force operative Damien Scott, two members of an elite counter-terrorism team known as Section 20. Led by Lt. Col. Philip Locke, the unit is charged with bringing down an Iranian terrorist and stopping his plans for a major attack involving a cache of weapons of mass destruction that could have global repercussions. Along the way, Stonebridge and Scott encounter wealthy rogue operative James Leatherby, former MI6 agent Sebastian Gray and many explosive obstacles.