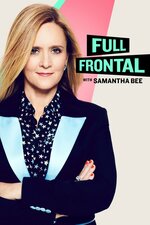 It seems her correspondence role on "The Daily Show" was just a warm-up act for the next stage of Samantha Bee's career. After spending 12 years on the Comedy Central juggernaut, Bee was not approached to replace departing host Jon Stewart, opening the door to her own series on TBS. The weekly late-night newsmagazine serves as a platform for Bee to apply her sharp, satirical point of view to current and relevant issues. She won't do so while sitting at a fake news desk; instead, field reports dominate, allowing Bee to show off her uncanny ability to mine comedy gold from just about any awkward situation.