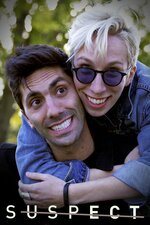 Where can I watch MTV Suspect online?

Locally, you can stream and watch MTV Suspect online on Please note, is a streaming service and you may need to register or provide your existing login to watch.

As host and executive producer of "Catfish: The TV Show," Nev Schulman has investigated countless online relationships to determine whether they involved deceitful parties. "MTV Suspect" incorporates Schulman's advocacy in a similar fashion, as he works to untangle new webs of lies in hopes of helping people whose friends or family members are hiding deep secrets. Nev and his co-host -- artist, activist and writer iO Tillett Wright -- examine facts, seek answers and push to uncover the truth, delving into everything from secret identities, hidden addictions, and a host of other dishonesties that can seriously damage relationships and wreak havoc on the lives of everyone involved.