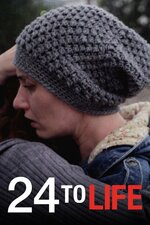 24 to Life is now available to stream and watch online:

Watch episodes of 24 to Life online:

The final day of freedom before going to jail is one that the soon-to-be incarcerated individuals want to live to the fullest. Each episode of this docuseries follows two people in the 24 hours before they go to prison, documenting their time as they say their goodbyes to loved ones and prepare to be locked up for years. The show looks at the consequences of crime, from the effect the prison sentences have on families to the enduring impact that crimes have on the victims. The criminals profiled include an airline executive who hopes to repair his broken marriage and make amends with his daughter before heading to prison.