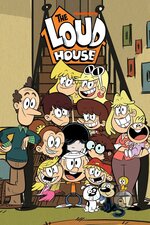 Things are crowded in the Loud household, with 11 children -- 10 girls and one boy -- causing craziness in the house. As the only boy, 11-year-old Lincoln is in the middle of all of the chaos. Whether his sisters are giving him unwanted makeovers or he's racing them to the couch to gain control of the TV, Lincoln is often getting involved in antics with his siblings. Lincoln's best friend Clyde, who happens to be an only child, is jealous of Lincoln's large family and is always willing to play his part in the schemes. Clyde has a crush on Lori, Lincoln's oldest sister and self-proclaimed boss, who is dating Bobby, who holds many jobs -- including lifeguard and mall security guard -- even though he's not very smart.