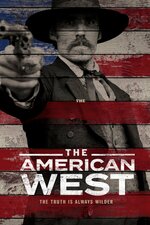 Where can I watch The American West online?

Locally, you can stream and watch The American West online on Please note, is a streaming service and you may need to register or provide your existing login to watch.

AMC has proven its considerable skill in producing historical Western content ("Broken Trail," "Hell on Wheels"). The network dips into the same well again with the limited event series "The American West," a docudrama that shows how, in the aftermath of the Civil War, the United States transforms into the "land of opportunity," a violent world dominated by cowboys, Indians, outlaws and law men. Across eight episodes, little-known stories are told of Western legends such as Jesse James, Billy the Kid, Wyatt Earp, Crazy Horse and Sitting Bull. The series also features exclusive interviews with notable names from classic Western films, including James Caan, Tom Selleck, Kiefer Sutherland, Ed Harris and more.