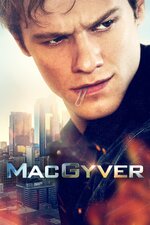 Young war hero Angus "Mac" MacGyver has an extraordinary knack for unconventional problem solving and an extensive bank of scientific knowledge that he believes can best be put to use saving lives, both of which come in handy when he creates a clandestine organization within the United States government to tackle high-risk missions around the world. Working under the sponsorship of the Department of External Affairs, MacGyver quietly prevents disasters with the help of former CIA agent Jack Dalton.