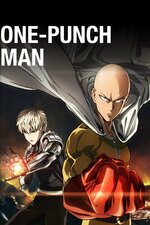 One Punch Man is now available to stream and watch online:

Superheroes often have exciting superpowers that help them defeat the evil villains that they battle, but that's not necessarily the case for Saitama. Although he's a superhuman, his power isn't as exciting as X-ray vision or invincibility -- instead, he has the ability to defeat any opponent with a single punch, and this power has both pros and cons. The biggest advantage is that it makes it easy for him to defeat enemies -- which is essential because he lives in an alternate Japan that is constantly under attack by monsters -- but because it doesn't take long to throw a punch, easily vanquishing his foes leads to constant boredom.