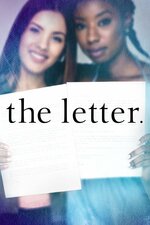 Where can I watch The Letter online?

Locally, you can stream and watch The Letter online on Please note, is a streaming service and you may need to register or provide your existing login to watch.

Watch episodes of The Letter online:

If you could tell a friend things that he or she really needed to hear, would you? Would it be easier if you could do it anonymously? Those are the questions that are explored on "The Letter." In each episode, four close friends draw names and each anonymously writes a letter to the chosen pal to outline what the person can change to transform his or her life for the better. Each person then follows the rules set forth in the letter for a week. After that period, the friends come back together for a dramatic meeting, in which each friend reveals which letter was the one that he or she wrote. Actress Zelda Williams ("Dead of Summer") narrates the reality series.