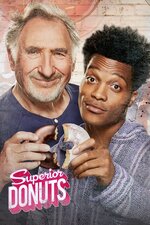 Donut shop owner Arthur is a gruff Chicagoan who refuses to move into the 20th century by updating the menu with trendy items or renovating the space -- which has remained unchanged since it's opening in 1969. Things start to change when enterprising go-getter Franco talks his way into a job at the shop and convinces Arthur that he can modernize the business, allowing it to remain competitive in the rapidly gentrifying neighborhood. The two get support from Arthur's loyal customers, as they work to remain profitable and fend off the efforts of aspiring real estate capitalist Fawz, who is constantly pressuring Arthur to sell him the building.