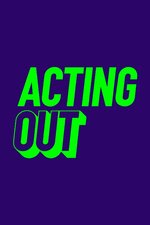 What might be funnier than listening to sets by the most irreverent established and up-and-coming comics? How about having those stand-up routines hilariously re-created by actors, an idea MTV says should bring to life favorite moments from stand-up history. Actor/comic Lil Rel Howery hosts, performs stand-up, and appears in his own re-enactments.