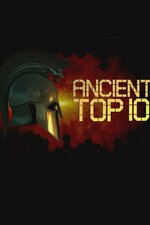 Ancient Top 10 is now available to stream and watch online:

Top 10 lists aren't new as people have been making them for years. What makes the lists on this show unique is that they are thousands of years in the making. Instead of ranking things like pop songs or celebrity couples, "Ancient Top 10" takes a look at various aspects of the ancient world. Experts debate what should top each list in such categories as ancient rulers, monuments, weapons and innovations. The show uses CGI graphics and archival footage to help bring the ancient world to life so viewers can visualize what is being ranked in each episode.