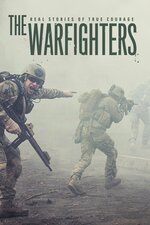 The Warfighters is now available to stream and watch online:

Watch episodes of The Warfighters online:

This docuseries chronicles recent U.S. Special Operations Forces missions in the global war on terror. First-person accounts from more than 90 veterans help give viewers a candid look at the realities of war. Members of the Army Rangers, Green Berets, Marines and Navy SEALs are among the service members who operate in the high-stakes environments that are the battlefields. Interviews, footage from actual operations in Iraq and Afghanistan, and cinematic sequences are used to illustrate the stories being told, which speak of heroism, bravery, sacrifice and honor. Among the show's executive producers is Peter Berg, who helped produce Oscar-nominated war film "Lone Survivor."