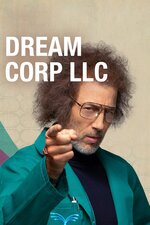 Dr. Roberts is an absent-minded professor who runs Dream Corp, a neglected dream therapy facility. Desperate patients come to the facility to have their dreams recorded and analyzed by Roberts and his team of scientists, who don't exactly excel at their jobs. The live-action series utilizes rotoscope-animated segments to distinguish between dreams and reality, leading to a mind-bending visual experience. The workplace comedy has a strong pedigree in the genre, with Stephen Merchant and Jon Krasinski, who starred in the British and American versions, respectively, of "The Office," serving as executive producers.